Our vision for ministry in Cambodia grows out of an awareness of the Dark Reality of the religious situation in Southeast Asia and is filled with the hope that springs from seeing God’s work over the last few decades in Ratanakiri, Cambodia.

The Khmer people make up the majority of Cambodia’s population (14 million out of 15.8 million). The balance consists of about 40 other language groups such as the Tampuan, Jarai, Krung, and Lao. Nearly all Cambodians are Theravada Buddhists, though the religion is primarily a cultural phenomenon. This doesn’t mean that Buddhist converts are easy to come by. To the contrary, converting from Buddhism to Christianity is a very un-Cambodian thing to do and typically results in social and familial ostracism for the new believer. 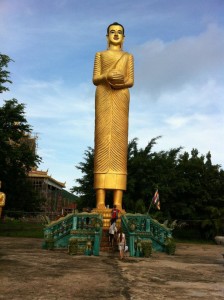 But while Buddhism, with its strong cultural grip, is the official religion of Cambodia, animism is the real life-controlling force, for which Buddhism is simply a veneer. Missiologist Gailyn Van Rheenen defines animism as

the belief that personal spiritual beings and impersonal spiritual forces have power over human affairs and, consequently, that human beings must discover what beings and forces are influencing them in order to determine future action and, frequently, to manipulate their power (Communicating Christ in Animistic Contexts).

After citing Stephen C. Neil’s estimate that 40 percent of the world’s population bases their lives on animistic thinking, Van Rheenen asserts, “Because Animism frequently hides beneath the façade of other world religions, Neill’s already high percentage is probably a low estimate.” Thus the Cambodian is constantly concerned with how to protect himself from these malicious spirits, as well as how to manipulate as much blessing from them as possible. 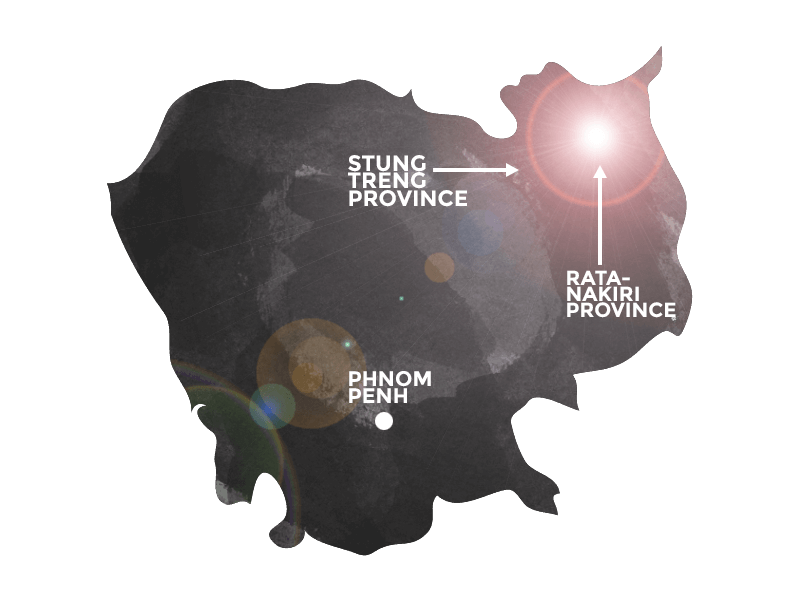 The northeastern province of Ratanakiri is the home of five tribal groups (Tampuan, Jarai, Krung, Kachok, and Brao), as well as several other ethnic minorities (including Lao). The gospel first arrived in Ratanakiri in the early-mid 1990’s, in part through the work of J.D. Crowley. As other missionaries began to arrive and assist in the work, fledgling “proto-churches” began springing up in response to the gospel. The greatest need now was pastoral training. Thus in 2000, J.D. began the Ratanakiri Bible School (RBS) for the leaders of these churches. Since then, these men have gathered in Banlung, Ratanakiri at least twice yearly (between planting and harvest seasons) for focused study in biblical, systematic, and pastoral theology. Because of the limitations in manpower, all sessions were held in Khmer, the national language but the second language of most of the students. Despite this less-than-ideal situation, the school prospered as scores of Cambodian rice farmers, most with little or no formal education, quite a few being functionally illiterate, grew in their understanding of Scripture and the gospel it proclaims. 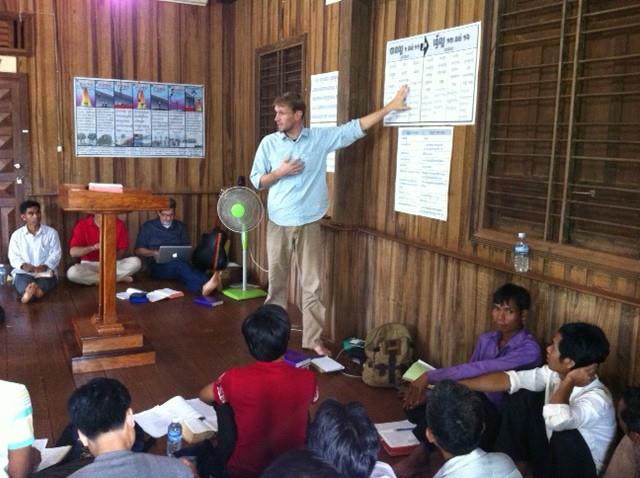 In 2014, RBS reached a major milestone as the school divided into two tiers. The first tier, the Foundations Bible School, offers four foundational, biblical survey courses. The glory of this new development is that the sessions at this level are

Praise God for additional missionaries over the past twenty years who have come to target these individual groups, making this dream a reality. And praise God for His powerful Word and Spirit that make uneducated Cambodian farmers capable of discipling their own people in the gospel of Jesus Christ!

The second level of the Bible school, the Ratanakiri Pastor’s Institute, exists for church leaders and potential church leaders who have completed the foundational training and have been sponsored by their local church for further study. Coursework in the Institute moves beyond the foundational biblical theological courses to include studies in systematic and pastoral theology, as well as church history. The curriculum continues to expand as we develop our scope and sequence, including writing and translating materials for the students.

The gospel’s progress in Stung Treng Province is largely the fruit of labor by a YWAM missionary couple Philip and Wendy Scott. Unlike the rest of the country, the majority population in Stung Treng is ethnic Lao, not Khmer. While in the provincial capital, most of the population is conversant in Khmer as a second language, the surrounding villages are much more restricted to their mother tongue. Through multiple survey trips, we have not found any gospel work targeting the Lao speaking population of Stung Treng. Like the Khmer, the Lao are animistic Buddhists.

During our first 4-year term in Cambodia (2011-2015), our primary role has been that of a learner—learning, to the best of our ability, how to speak and think like Cambodians. And while we realize that this task of learning is life-long in duration, it is actually part of a bigger vision for long-term work in Cambodia. This long-term goal remains largely unchanged from the time when we first landed here and consists of two major prongs:

We believe that training local pastoral leadership is perhaps the most effective way we can use our time and energy. The best candidates for evangelizing and pastoring Cambodians (whether Khmer, Lao, or Krung) are Cambodians. Our desire is to teach these leaders the Bible, then assist them as they seek to lead their people in the power of the Spirit to flesh out the gospel in a Cambodian context. 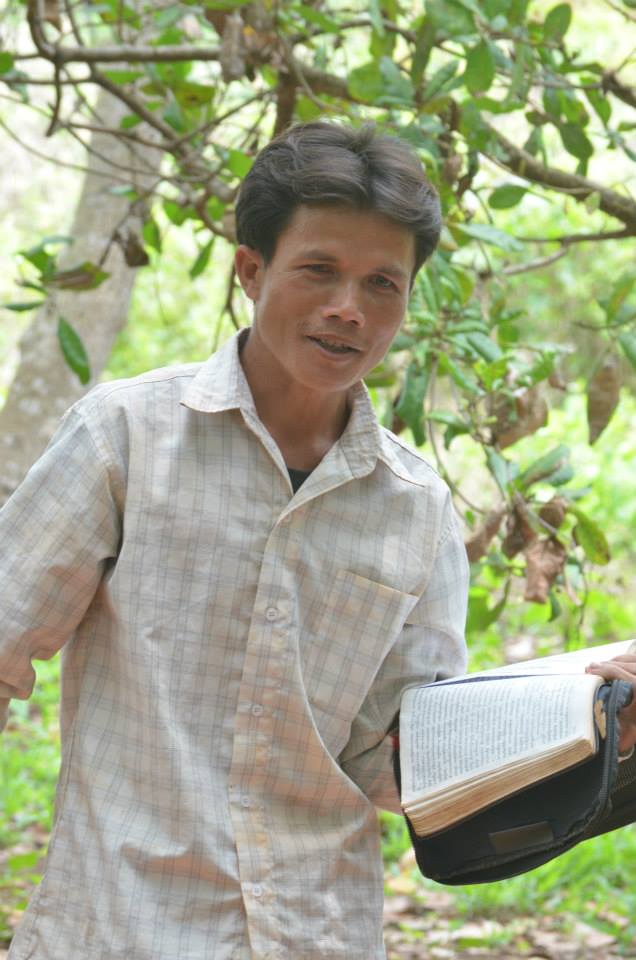 2. Church planting among the Lao population

During our second term (beginning January, 2016), we will live in Stung Treng province where my primary goal will be acquiring the Lao language and sharing the gospel with my conversation partners. The Lao population of Cambodia resides primarily in Stung Treng and Ratanakiri Provinces, and our prayer is that Christ would raise up Lao-speaking churches throughout this region, particularly in the following towns: Stung Treng, Siem Pang, Sesan, Veun Sai, and Lumphat. 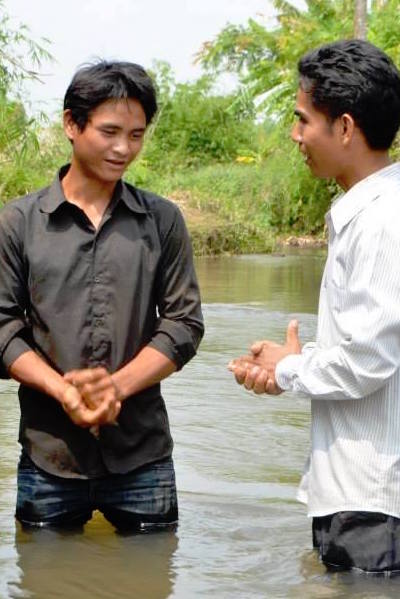 The eternal purpose of God is to call out from every kindred, tongue, people, and nation, a multitude redeemed by the blood of His Lamb, slain from the foundation of the world, over whom He will crown His Son, the Lion of the tribe of Judah, King of kings and Lord of lords forever. This is the passion of the heart of God that cannot be quenched, the obsession of His mind that cannot be denied, the vision of His eye that cannot grow dim, and the destination to which He has committed His omnipotent, immutable, eternal being: a destination He will not abandon.

As we serve in Cambodia, this unrelenting witness of the biblical Story provides the primary foundation for our confidence. Furthermore, our optimism increases as we witness the present fulfillment of this ancient testimony in Cambodia. The gospel is advancing, the Gentiles are indeed glorifying God for His mercy, and Scripture gives us every reason to hope that now is the time that the Lao of Cambodia will participate in the worldwide worship of King Jesus.